Industry Geared Up For World Domination 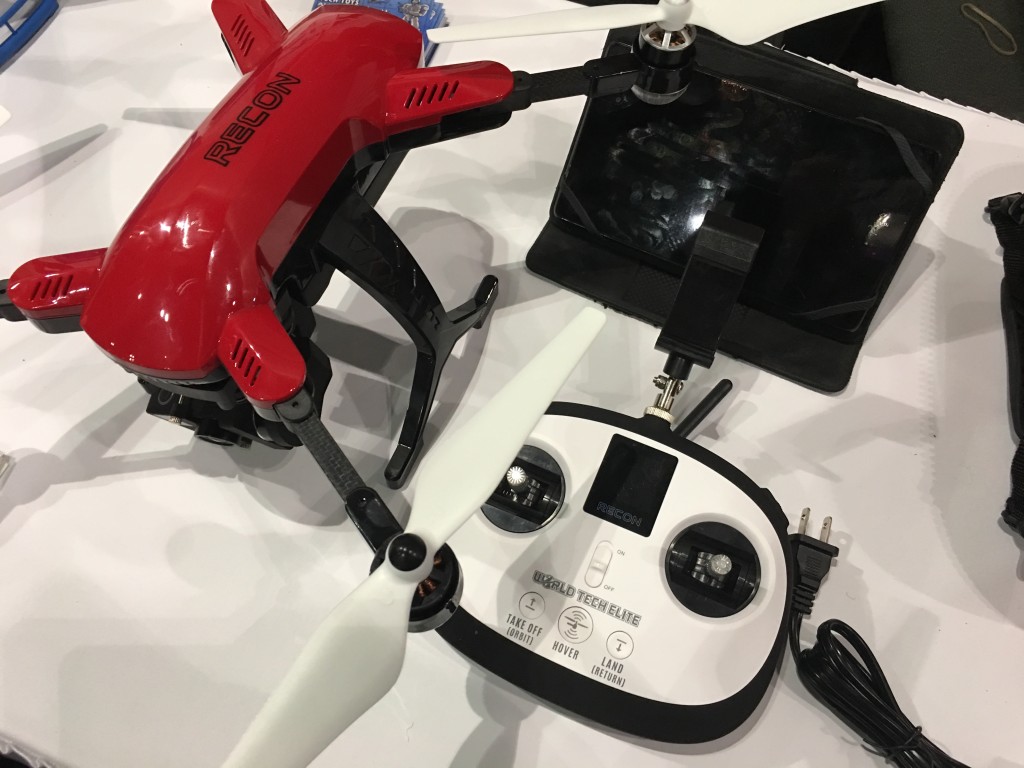 I was most impressed by some of the vendors who exhibited at this year’s IDE International Drone Exposition in Los Angeles, at the Los Angeles Convention Center; designed by Pei Cobb Freed & Partners.

Among them was World Tech who had a custom crafted Lamborghini displayed on the floor right next to their new drone exhibit. Their drones were solid, beautiful, and impressive in that their cost was about half of the DGI product with a similarly capable machine. They were hefty, felt well crafted, and looked cool. Sadly, there were not too many videos showing it in action. If I had seen a couple videos videos of that beast flying I would’ve bought two! The vendor said it would be putting up some videos, but there aren’t any on YouTUBE. 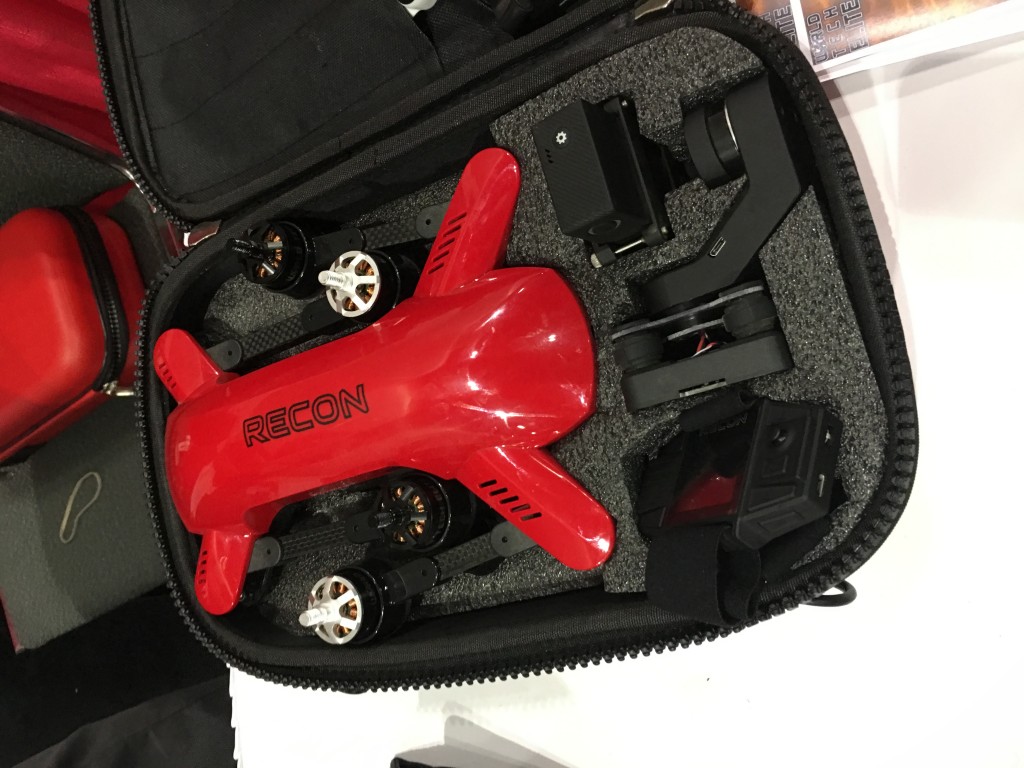 Because of this alone I was a little skeptical about shelling out $500 bucks for a drone that hadn’t seen fly before. So, it would’ve been helpful if they had a demonstration of their red Recon quad at least. But, I would be more than happy to film, and review the product if you want to send me one to try out. If I like it, I might keep it! 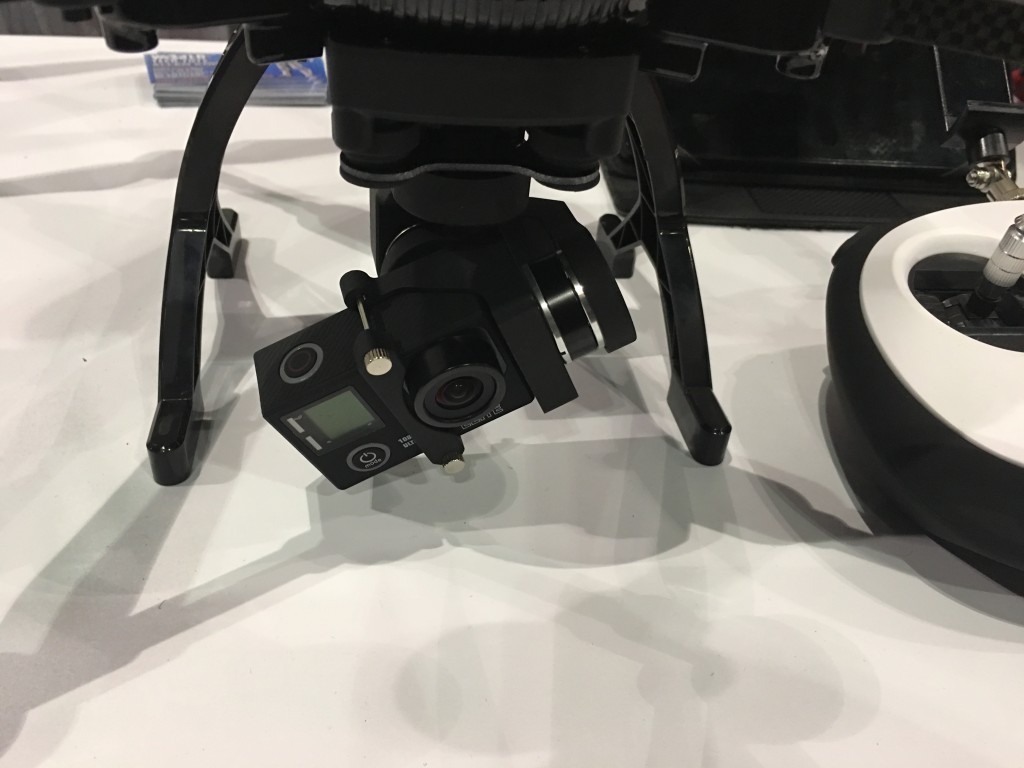 FRTCARBON from Shenzhen displayed a lot of their modular pieces in their booth and gave out carbon fiber Business cards. Now that’s cool! I tap mine on the base of my mac desktop. It sounds like metal!

Actually seeing all of the companies from Shenzhen including FRTCARBON, when begins to put together how easy it is to go into production on modular devices of your own. From electronics, Wiring, structural components, Radio devices, engineering, and construction the town of Shenzhen in China ever ceases to amaze. www.frtcarbon.com

Drones for hire CEO Cory Mullins introduced the concept of license drone operators for commercial operations. He said that their company is capable of doing high-quality video operations with experienced operators on a multitude of platforms.

$IFLY has a great idea to invest in technology companies that have commercial potential utilizing drone technology. Companies include defense contractors, civil engineers, Commercial applications, in global markets 53% of which emanate from the United States. 54% of their entire sub industry exposure is defense contracting. PureFunds.com

H3 dynamics introduces drone box intelligent drone nesting system. The drone box is the drone’s command center which charges the battery and provide to secure housing for the drone in remote areas. This system launches with a Skywatch web application beaches iCloud ready it allows for multiple drones to communicate with each other for remote operations. h3dynamics.com.

Of the coolest things that they introduce this year’s IDE was the trackimo product. I’ve lost dozens of drones, some of them on the very first flight. I can tell you it is a nerve-racking experience, akin to losing a pet, or a family member. Well maybe not, maybe a mother-in-law? Interestingly trackimo also offered in the 3G travel tracker which is a slim credit card waterproof suitcase opened detector. There’s even a trackimo mobile mini tracker which includes GPS, Wi-Fi and Bluetooth tracking for indoor outdoor worldwide. Trackimo on a keychain is perfect for cats dogs kids, and the elderly. trackimo.com 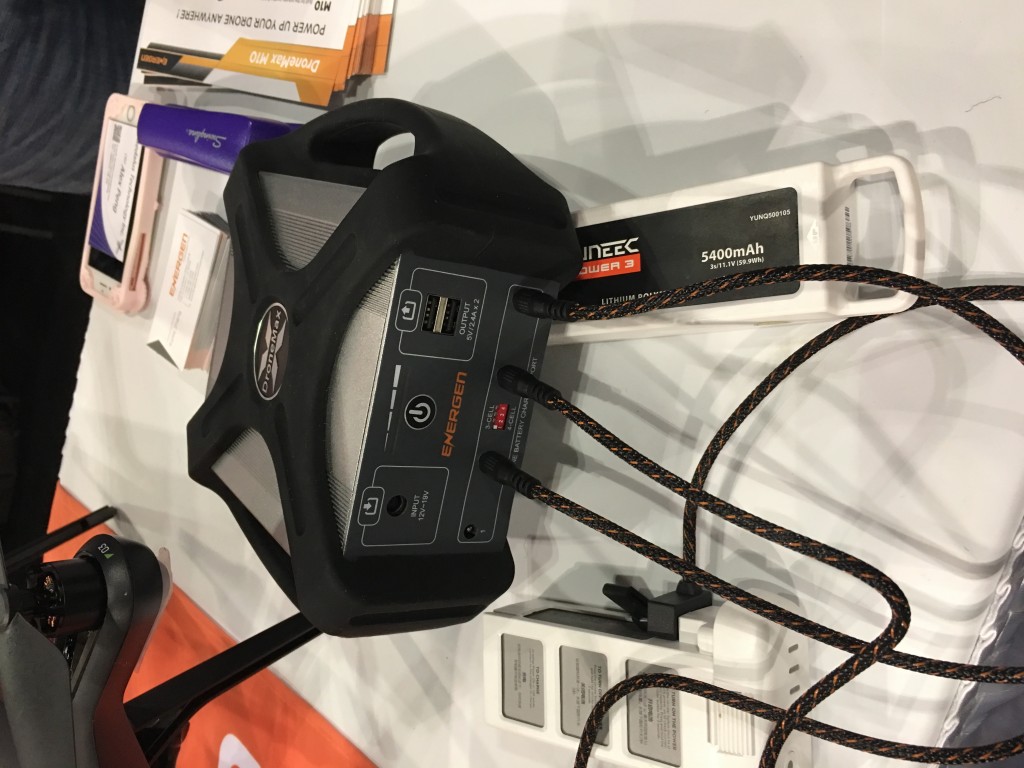 Be prepared to cary a dolly, this battery weighs a ton. But as a backup for essential flights it may be a necessity! Energen.com