Ms. Nakae delivers excellent custom works on the level of a Matisse, Renoir, or Van Goghe for your use in hotels, and custom residential homes. She is capable of executing fine renditions on order, and has a vast array of completed works. Visit her online at yurikart.com. 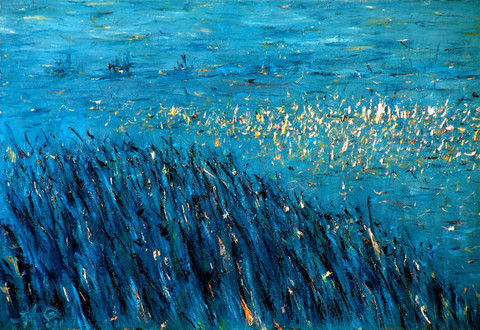 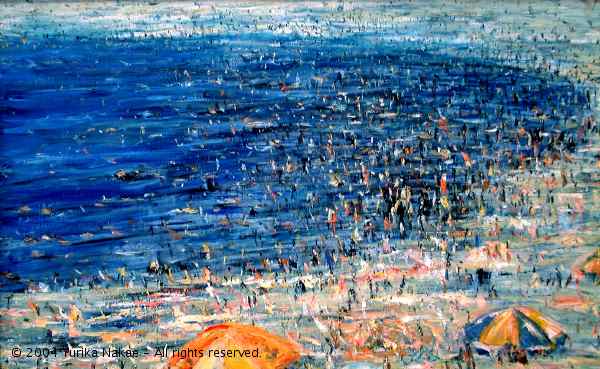 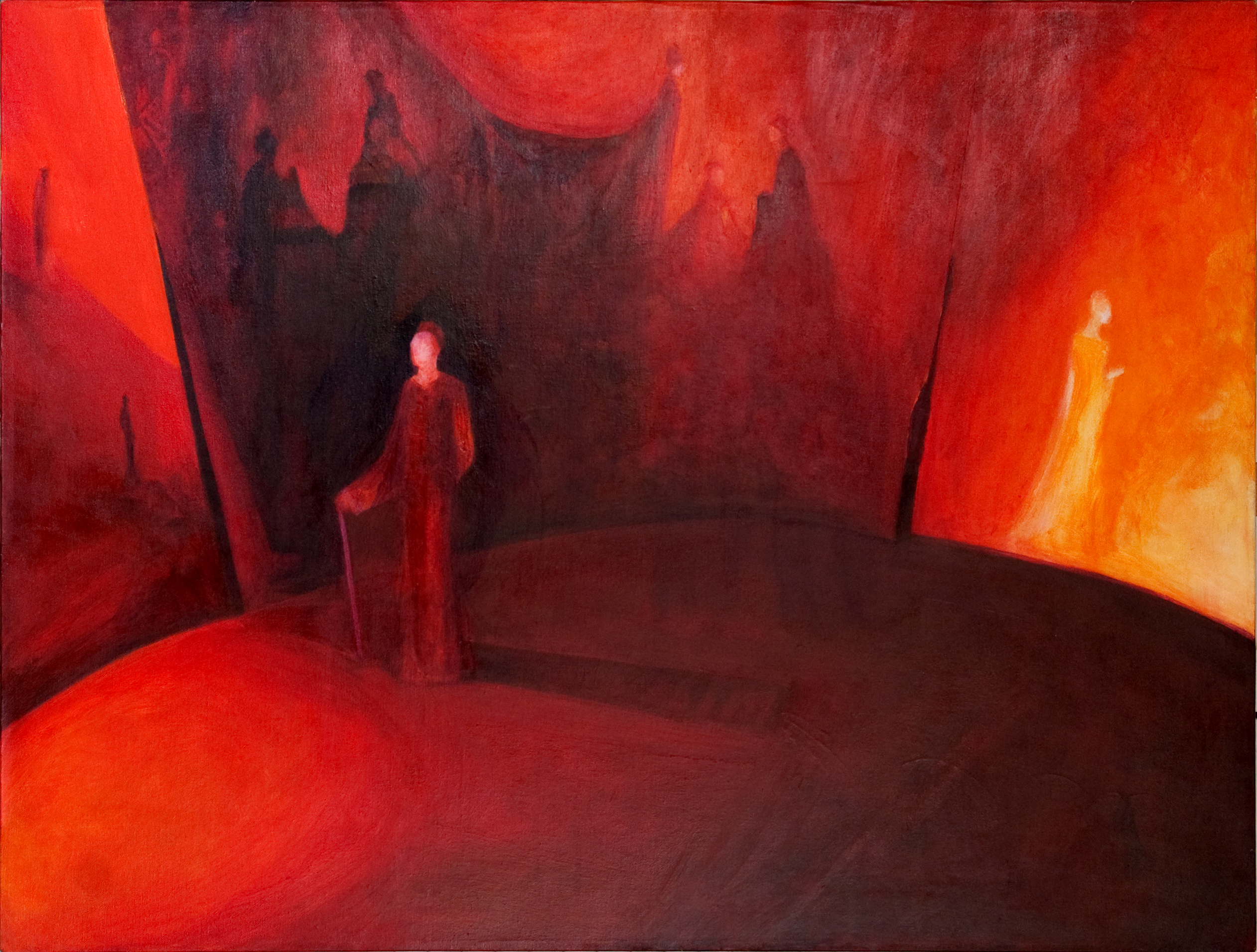 Mariano Cinat began painting at the age of 14. He became very determined at that time. He feels lucky that his parents were very supportive of his desire to be an artist. His father was concerned that it was going to be too difficult. At the age of 15 Mariano made his first exhibition in Buenos Aires. He moved to LA when he was 15 and he studied at the university there, and began doing exhibitions in Los Angeles, as well as travelling across Europe. He listens to gothic music, Mozart or regional music for inspiration. When he needs to focus on something he plays an opera, particularly Wagner. 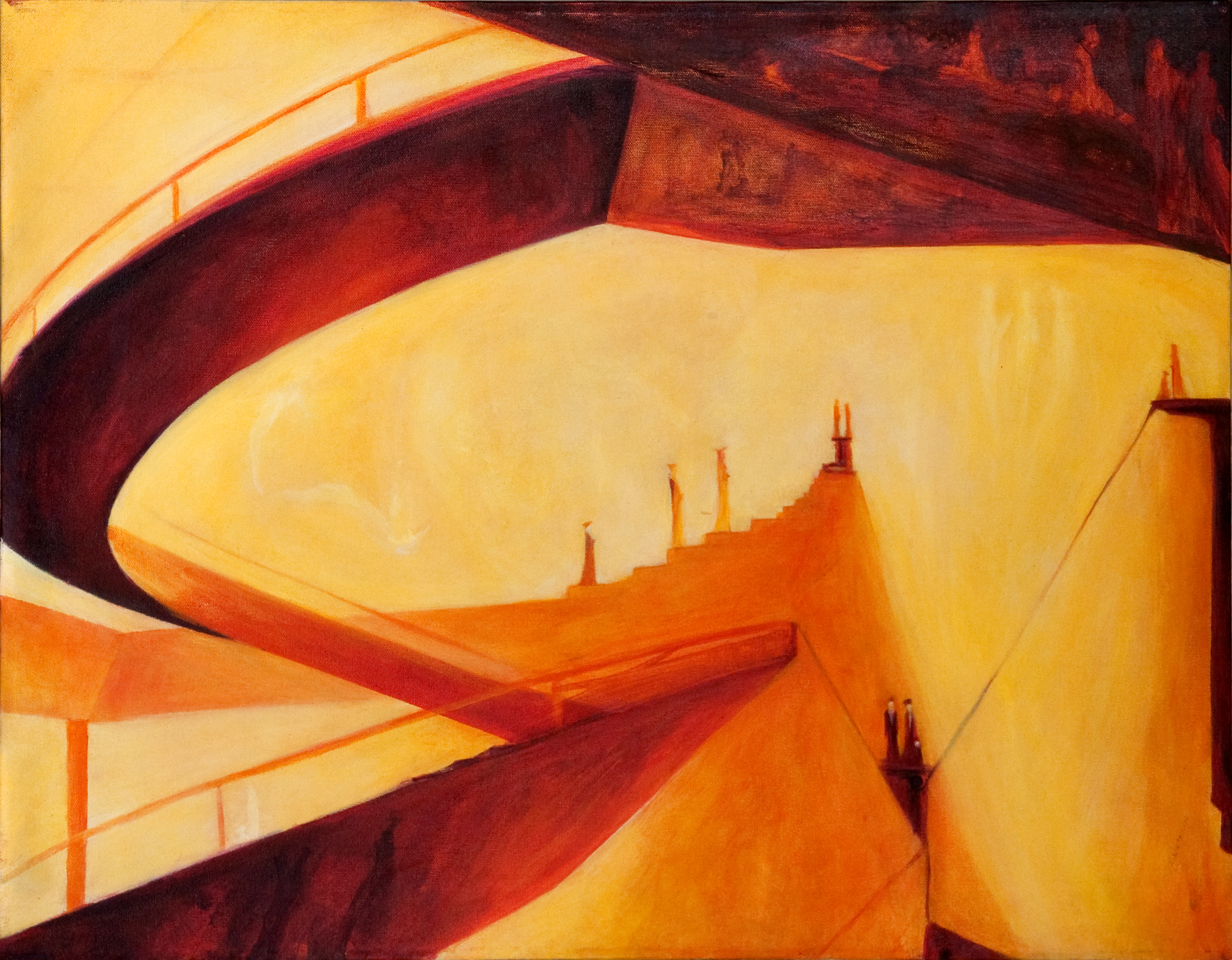 He says that people see the fun part of his work, and he loves what he does. However he says people don’t see the difficult part of the work. He did a recent exhibition with a Japanese artist who didn’t speak English. He says this was extremely challenging but in the end it was the choice of colors and the language of art itself which transcended the language barrier. 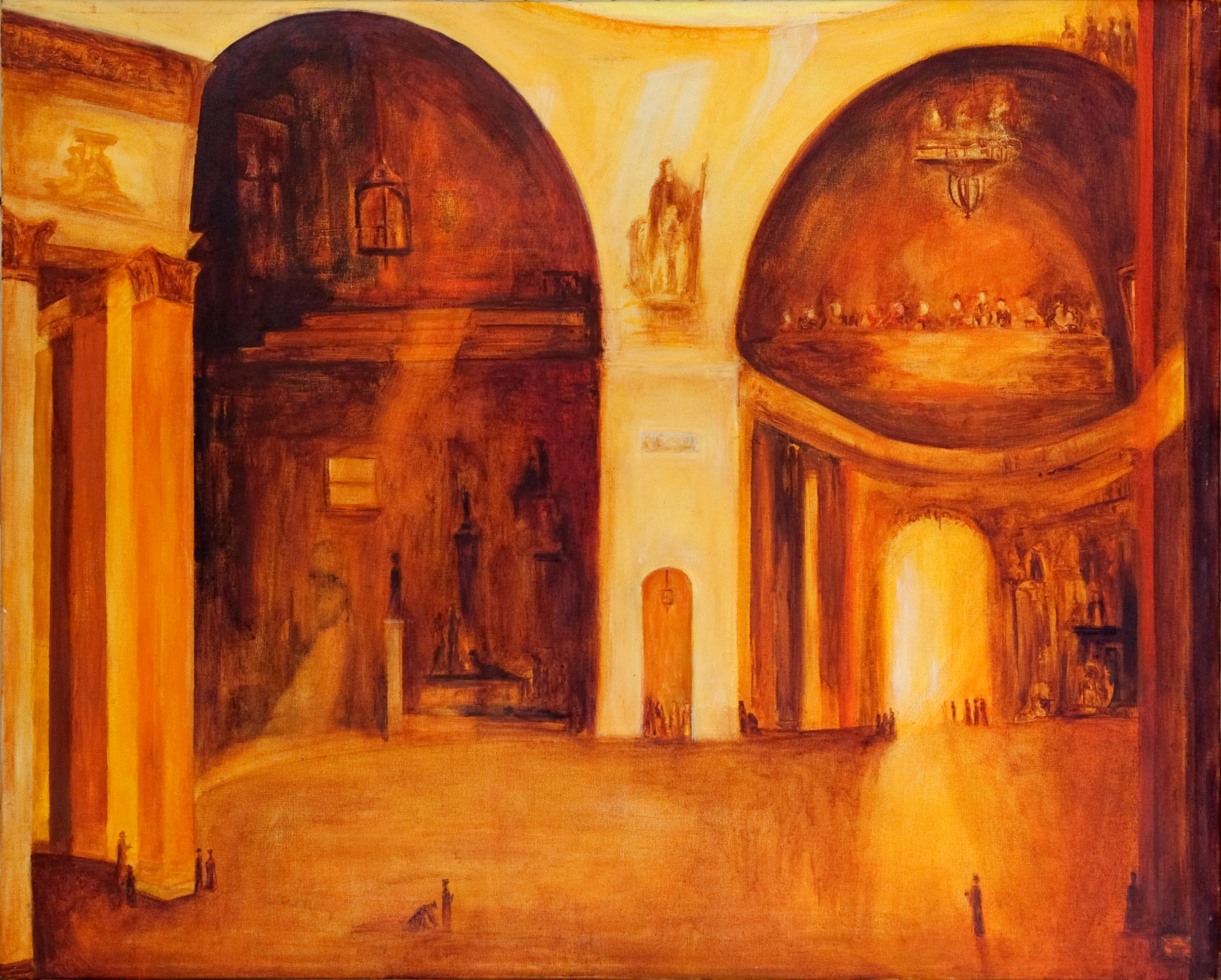 His choice of colors are usually dark hues of red and orange, with themes which are necessarily intended to have an architectural mandate, come across as a particularly poignant statement of architectural spaces. Spirituality come into play more so than religion or religious themes. He says it is more interesting to leave the subject open to interpretation. There are no titles of the paintings. Cinat’s goal is to allow the observer to be a part of the painting. 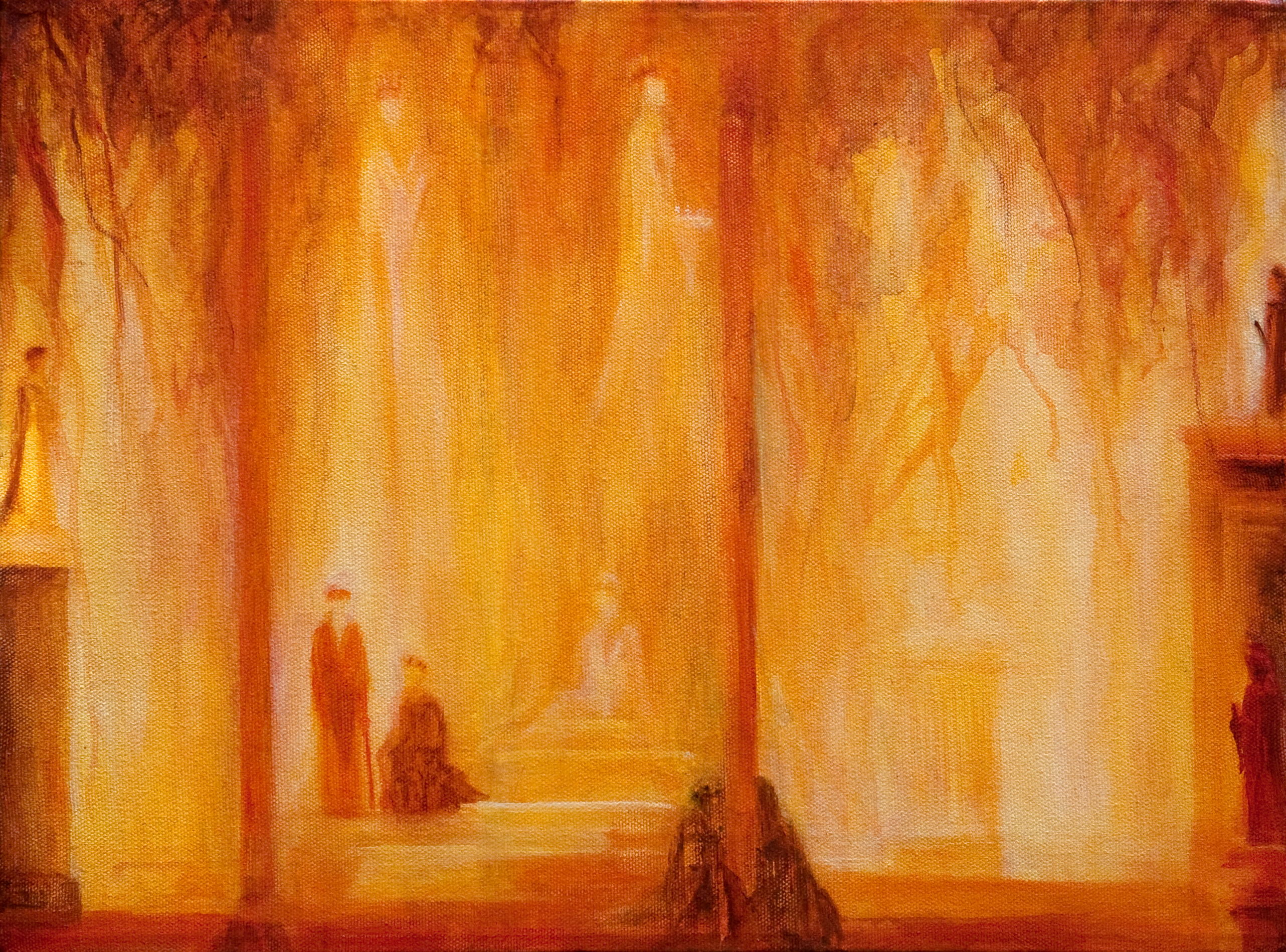 Cinat is currently scheduled to show works at the Louvre in Paris, France. 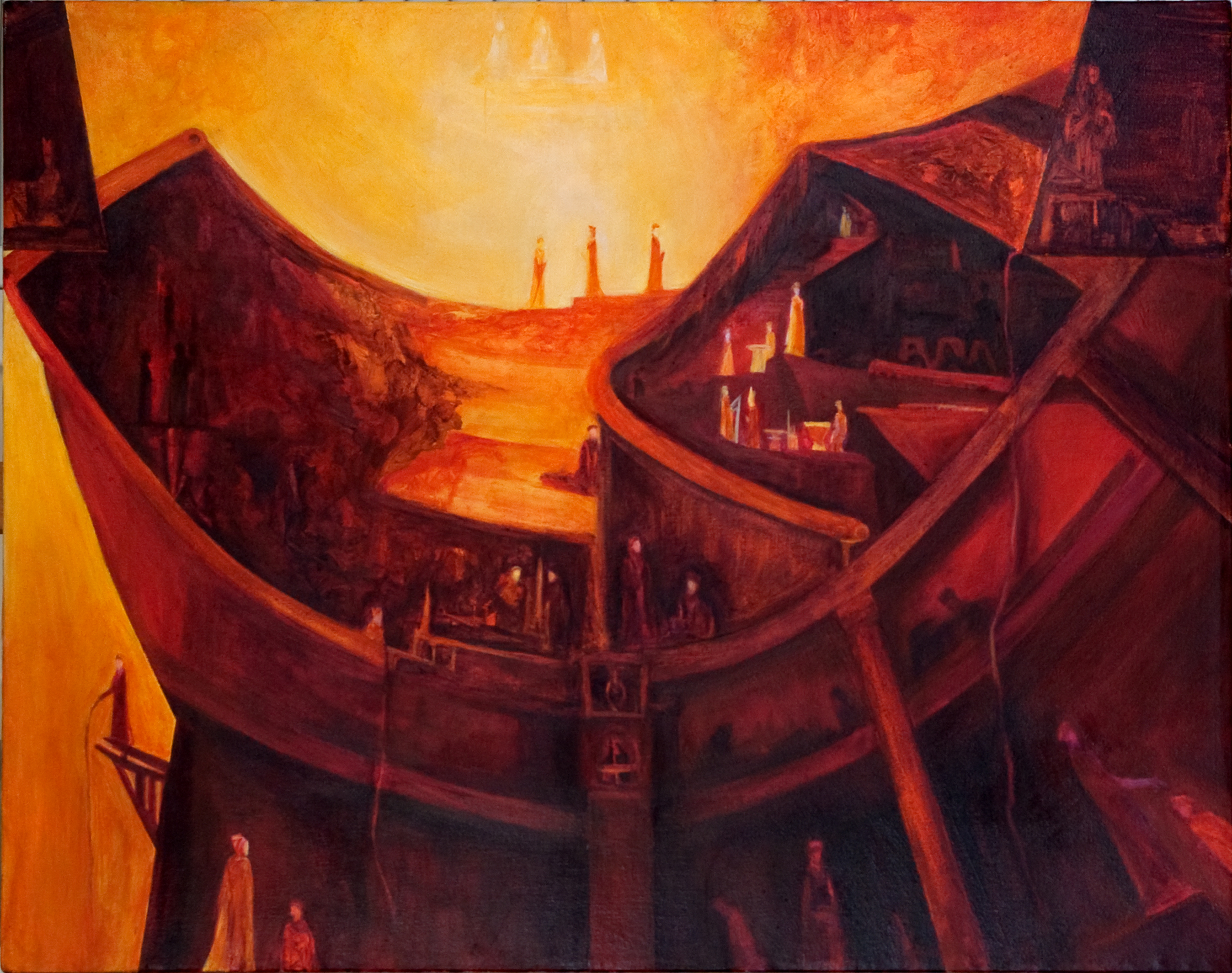