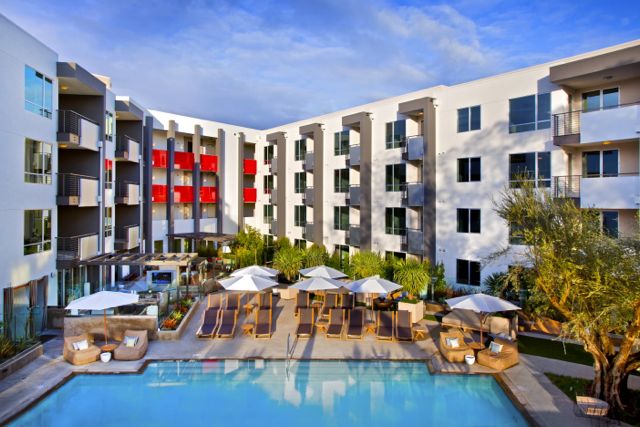 “TCA Architects takes great pride in the role that thoughtfully designed multifamily housing can have in manifesting a positive, transformational effect on a community and its quality of life,” said Thomas P. Cox, Chief Executive and founding principal of TCA. “Our studio has committed itself to the evolution of urbanism, sustainability and progressive design. As we reflect on the past two decades in celebration with an eye to the future, we are excited to share a moment of retrospective on the journey here.”

It is an established core principle of TCA’s studio culture to share best practices and theory through regular Salon-style sessions across current projects. This process led by principals but involving the entire design and construction management staffs, evolved into the idea of an exhibit of the studio’s signature projects as a key focus of the 20-year anniversary celebration. According to Cox, “Our studio directors selected projects shaped by the trends we know set the tone or are driving contemporary multifamily and mixed-use design forward, especially as it relates to the changing focus on urban planning in California and the West Coast, as well as across the nation and around the globe.”

TCA opened its Downtown Los Angeles studio in 2005 as commissions began to point towards the residential renaissance that is driving the evolution of the city’s burgeoning cultural, entertainment, dining, hospitality, professional and convention district. Currently led by Managing Principal Eric Olsen, the decision to open the Downtown studio reflected a desire for TCA to have an active local presence, as well as serve client needs within LA County’s surrounding cities positioned for the addition of high density housing and transit oriented design (TOD.)

“California’s love affair with single driver transportation and community sprawl is over,” said Aram Chahbazian, TCA’s President and a managing principal who has been with the firm since it officially launched in 1993, and for ten years prior as an associate of Thomas Cox. “This has set into motion a shift in urban planning that speaks to the heart of our studio culture and specialty. We can speak from the authority of experience as we work to serve our clients developing the next generation of urban and suburban housing, here in California, throughout the West, and, in the case of our projects in Asia and elsewhere, the world.”

Currently, the studio is designing or managing construction for projects totaling more than 8,200 multifamily residences in communities throughout Los Angeles County. The Downtown studio reflects a belief that architecture and visionary urban planning will play a role in defining the future livability and culture of Los Angeles as the city matures into its 21st Century urban planning realities charted by civic leaders for the past two decades. This vision, and a perspective on the nuances of urban and suburban transitions to a high-density housing culture focused on a evolving public transit system is what TCA’s principals expect to guide the studio into the future. In turn, the celebration of the two-decade milestone offers an opportunity for the studio to reflect on a series of key projects with an eye to the future guided by tangible, real world examples of sustainable urbanism and community transformation manifested by the studio to date.

Some of TCA’s current or recently completed projects in Los Angeles include the following notable developments:

- 5550 Wilshire at Miracle Mile on the Westside/Los Angeles, CA (Completed)

- Block 8, Parcels A, B and D in Little Tokyo/Downtown Los Angeles, CA (Under Construction)

The above-mentioned commissions are highlighted on TCA’s website in project case studies athttp://www.tca-arch.com.

The Retrospective, “20 Images Representing 20 Years” will be on display through October 3, 2013.  Viewings are available by appointment; please contact Melissa Pastula at melissa@tca-arch.com.