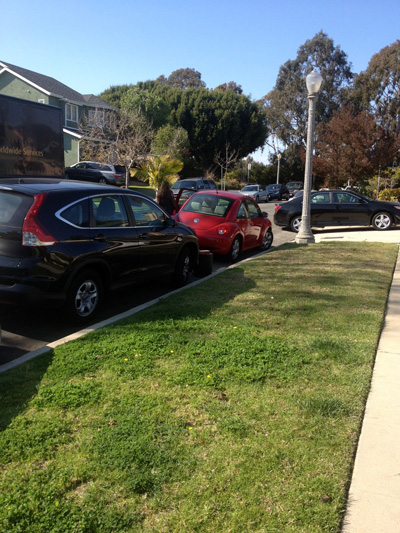 Robert Sawyer Architects & Construction have been selected to study the parking issue surrounding Loyola Marymount University. Residents of the neighboring community have been forced to deal with non-stop traffic, loss of use of their property, and no available street parking to residents and their guests. Loyola Marymount appears to exempt itself from regulations when other schools such as Notre Dame Academy are sanctioned heavily. NDA is not allowed parking or even driving on the residential streets adjacent to the school except in approved circulation flows.

The City of Los Angeles has threatened repeal of the conditional use permit for the school. RSAC has brokered a solution for the school’s parking dilemma: construct a parking deck of RSAC design on the O’Hannigan lot. Yesterday firm principal Robert Sawyer, Architect, Engineer, General Contractor presented his findings to The Loyolan Newspaper Senior Editor Adrien Jarvis. Mr. Sawyer hopes to bridge the gap between the community and the university before taking actions similar to the NDA community action which successfully resulted in containing the school’s commercial use of the residential zone.