Award-Winning Architect, Educator and Visionary was 62

LOS ANGELES (April 26, 2016) – The Woodbury University community is mourning the passing of Norman R. Millar, AIA, Dean of the School of Architecture, who died on April 14 due to complications from surgery, following his diagnosis of pancreatic cancer.  Millar was 62. 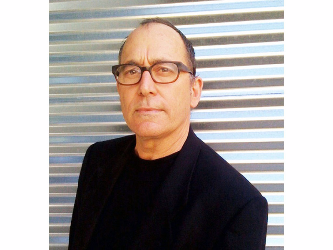 “A warm, caring and passionate man, he will be deeply missed – on our Los Angeles and San Diego campuses and in the architecture community worldwide,” said Dr. David Steele, Woodbury University President.

Millar was one of the nation’s leading architectural educators. AIA|LA honored him with its Educator of the Year Award in 2014, and he absolutely loved what he did.  His approach to teaching architecture was simultaneously aspirational and practical – part of a lifelong attempt to help more people find their voice, and thereby find joy in the profession. “I exited architecture school with the intention of making good buildings, and discovered that teaching expanded my passion by fostering it in students,” he recalled a year ago.

Throughout his career at the university, Millar’s talent and experience as a practitioner and vision as an educator helped thousands of young people achieve success in the field. His leadership in the School of Architecture was informed by his life-long commitment to social justice, sustainable practice, and the power of architecture to improve lives. This vision changed and humanized the face of contemporary architecture education in California. He headed the architecture program at Woodbury since 1999. During that period, enrollment nearly tripled in a program that provided undergraduate and graduate students important technical, theoretical, and communications skills while realizing their unique personal design voice. His many years of service to the university and the architecture community both at home and abroad are part of his rich and enduring legacy.

An award-winning architect who, together with his partners in the architectural practice A2Z, won several prestigious awards, including Architectural Record’s Record House Award, and the “40 Under 40” list of the New York Architectural League, Millar continued to actively practice throughout his academic career.  In 1985, he founded Los Angeles-based Norman Millar Architects.  Recent completed projects included the Ramirez residence at the storied Sea Ranch community in northern California, in partnership with Judith Sheine, Architecture Department Head at the University of Oregon, and his own home in Echo Park which he called the “Ark House” and was featured in the Los Angeles Times.

Prior to joining Woodbury, Millar taught at several Los Angeles institutions, including the Southern California Institute of Architecture (SCI-Arc), the University of Southern California (USC), Art Center College of Design and the University of California, Los Angeles. He graduated with a Bachelor of Environmental Design degree from the University of Washington and earned a Master of Architecture degree from the University of Pennsylvania School of Design.  He also earned a certificate from The Ross Minority Program in Real Estate at the Lusk Center for Real Estate in the Marshall School of Business at USC. His academic interests included critical practice, alternative practice, urban forestry and everyday urbanism and his publications included “Street Survival: Plight of the Los Angeles Street Vendors” in Everyday Urbanism, edited by Margaret Crawford, John Chase, and John Kaliski, (Monacelli Press, New York, 2008).

Millar served as President of the Association of Collegiate Schools of Architecture (ACSA) 2013-14, bringing distinction to Woodbury through his thoughtful initiatives and extraordinary leadership at the national level.  He served on the Board of Directors for Places Journal and was active in a number of other professional organizations, including the National Council of Architects Registration Board (NCARB) Licensure Task Force and the executive committee of the California Architectural Foundation; he also participated in several National Architectural Accrediting Board (NAAB) visiting teams. Locally, he served on the Hollywood Design Review Advisory Board, the advisory board for the Los Angeles Forum for Architecture and Urban Design and the board of AIA|LA.

Norman Millar will forever be lovingly remembered by his life partner Tam van Tran and beloved family and friends. The public is invited to join the university community in honoring Millar at a Celebration of Life event on the Woodbury Los Angeles campus on Friday, May 27, at 6:00 p.m. (RSVP galina.kraus@woodbury.edu by May 16). In lieu of flowers, donations can be made to the Norman R. Millar Endowment for the School of Architecture at Woodbury University.