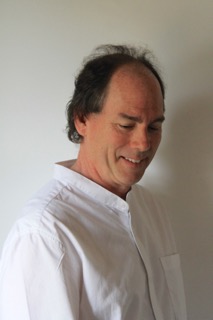 Robert was born in Morehead City, NC along the beaches of the Atlantic, where wild horses roam the Shackleford Banks, and fishermen make daily runs through the inlet that supposedly crashed Blackbeard’s famous ship. To this date gold still washes up occasionally. Robert attended Cedar Cliff High School in Camp Hill Pennsylvania where he was a starter on the State Championship Wrestling JV team. He attended Wake Tech College in Raleigh North Carolina for Engineering, and after graduating worked as an architect apprentice for Hager Smith Group, Boisseau Design Group, and several others. At the same time he founded Edaburi Magazine, which became the publication you’re reading today; ARCHITECTURAL BUSINESS MAGAZINE. During the successful launch years the publication remained his main job while he attended NCSU School of Architecture’s Environmental Design in Architecture program, which he later transferred to UCLA. After an internship along side of Steven Giannetti, Bruce Becket, and Douglas Meyer, he is now the Director of Architecture of RSAC in Silicon Beach, California.

ARCHITECTURAL BUSINESS MAGAZINE arcbiz.org went live online in 2013 under the codec www.arcbiz.org, after more than 23 years as a print publication. Robert frequently lectures at local area High Schools about architecture, and has been syndicated in production with several film and music projects.